Criminal Identity Theft – Watch Out before it’s Too Late! 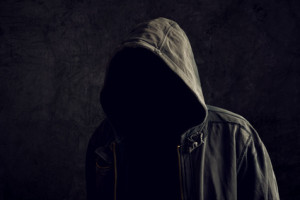 Criminal identity theft is a particular type of identity crime that involves others’ impersonation to bypass criminal liability.

This type of identity theft often involves identity cloning techniques, which means the fraudster will assume your identity as a whole. They might find work under your Social Security Number, claim benefits in your name, or even stay under the radar except for when dealing with legal authorities and justice systems.

Regardless, this type of identity theft can be very troubling for the victim. In many cases, the crime results in an unsuspecting fine in the mail or police randomly showing up to arrest you. You can get out of it by explaining yourself, of course, but it would be much better never to allow anyone to impersonate you in the first place.

How Does a Criminal Identity Theft Happen?

Criminal identity theft could play out in many ways, but it all comes down to the fraudster’s situation.

In most cases, the crime happens when an identity thief uses your credentials to spare themselves guilt. This is a common tactic by criminals, especially fugitives on the run, as using a clean name will save them from getting arrested and held until their court date.

The criminal often gets out of petty crimes like traffic violations, but they could impersonate their victim for many years. If the court dates get ignored, the wrong-doings could result in an arrest warrant executed against the identity theft victim.

The arrest warrant enters into the state’s database and applies to the victim’s criminal record. The worst part is that you cannot really get the criminal record entry removed. At best, if you prove fraudulence, the thief’s name will replace the primary title, and your name will be a listed nickname.

How Does a Criminal Identity Theft Victim Fix This?

The first thing you must do as a victim is to contact the arresting law enforcement department. This would be the agency that was behind the arrest of the identity thief that misused your name.

You fill out an impersonation report with them, which will get filed along with proof of identity. This includes taking a picture of you, getting your fingerprints, and checking your photo ID. Next, the authorities will check the arrest records for the incorrectly stated crime. This is where you might get cleared of all wrong-doing, such as if the fingerprints do not match up.

After proving your innocence, all warrants in your name will get released. This paperwork is important to always have on you. For further documentation, ask the police to file with the district’s attorney’s office. Further, see if the police have also switched the name of the criminal. These changes could take place on the local, state, or federal level.

Sometimes it is not easy to prove your innocence. See a lawyer if you are in a twisted identity theft situation where criminal blame was thrown your way. Even if you are innocent, you could be convicted if you fail to come across the right way.

Note: Most criminal identity theft cases involve simple crimes, such as traffic tickets and other misdemeanors. The thief will assume your identity and act as if they will show up in court. It’s only after the non-appearance that the victim gets pursued, at which time an arrest warrant could get signed by a judge.

Someone Used My Driver License … What Should I Do?

If you believe your driver’s license was stolen or someone else has a copy of it, it’s important to take action before it’s too late. Failing to act on a potential identity theft situation can make you liable; thankfully, it is easy to address this issue.

You can request a driver’s license record from your state. This record will include all information entered into the system about you, as well as any instances where your driver’s license was presented to law enforcement.

Now you must determine what should not be on your driver’s license record. The inaccurate details often come down to the way the identity thief pulls off the crime. For example, there might be a request for your driver’s license (without any changes) that you never made. It’s also possible that your record will show up with their image in your name. This is even more of a concern if the victim has yet to obtain a driver’s license.

Request that a fraud alert gets put on your driver’s license record. Your state’s DMV will be able to do this for you; by doing so, the identity thief could get caught and arrested the next time they victimize you. While it varies by state, you can often get a new driver’s license once you prove someone has been abusing your original one.

If you are proven innocent, the only other thing you need to do is displace all blame that’s put in your name. As mentioned earlier, criminal records will always tie together, but you can ask that the record’s primary name gets switched to the identity thief’s name. If the criminal has not yet gotten caught, they will be able to place a ‘John Doe’ name on the file until further notice.

If someone is interposing you to get out of a criminal situation, it’s hard to tell whether you will ever find out. A criminal record check will reveal any instances where your identity was given to authorities. Even when dealing with misdemeanors, they will stay on your file whenever a background check is done on you.

This means you might not find out about the crime until a background check is done. For example, you might get rejected for a new job after a prospective employer falsely claims you have a criminal record. In the worst circumstances, you might not find out until police show up at your door and attempt to arrest and book you for a crime you did not commit.

Regardless, here are some signs that might get noticed when an identity thief is criminally impersonating you:

Most of the time, the damage will already be done when the victim finds out. The only difference is if you can spot impersonation attempts before they become criminal. For example, if you determine that someone else has requested a driver’s license in your name, you will be able to report it right away and prevent further damage.

How to Prevent Criminal Identity Theft?

It’s almost impossible to prevent any identity theft, but there are barriers that you can put in place. As far as criminal identity theft goes, you must be more considerate of your IDs’ security. More specifically, your driver’s license and Social Security Number are used as identifiers when dealing with law enforcement.

For prevention purposes, you want to keep these pieces of identification as hidden as possible. This means you also need to be cautious about who you trust with it. For example, there is no reason to show your Social Security card when setting up a new cell phone; for a credit check, you need to show any credit card, inactive or not, to the representative.

Of course, there will be situations where you need to disclose your driver’s license and/or Social Security Number. When this happens, you should know who got what information and when they got it. If you ever do become a victim, these records will help identify the person behind the crime.

Your debit and credit cards will get replaced, and so will your pieces of personal identification. If an identity thief has your wallet, though, they could attack you after the contents get replaced. This is because the replacement replaces the card, but you also have the power to change your identifying numbers.

So, make sure you request that the DMV changes your driver’s license number. If you have to, let them know that the wallet contents are indeed in a thief’s hands. They will be obligated to make the changes (unless state law says otherwise), and the thief will no longer have a functional driver’s license. It will only be useful to them when showing proof of identity to those that do not have the power to look up whether the card is still active.

At the end of the day, there’s a minimal chance that becoming a criminal identity theft victim will have a serious effect on your life. Innocent victims do not just end up on death row; almost all the time, it just takes a database search to reveal the truth.

Even if you get into a tricky situation where you get arrested for a crime you never committed, it’s easy to resolve. For example, your employment records could prove that you were at work when the criminal gave your identity to authorities.

The biggest problem is that someone could go on and imposer you for years before you notice. It can create a domino effect, where your name gets tarnished in many different systems. You can clear yourself of all wrong-doing, of course, but it will create a major headache.

You can take some steps to protect yourself better. Our 100 ways to prevent identity theft give some insight into that. Though investing in identity theft protection (even minimal coverage) will take away a lot of stress. The company will take over upwards of hundreds of hours of phone calls and paperwork and assume financial liability for most identity restoration expenses.

That said, the risk of criminal identity theft should not shake you one bit. It’s a reality in today’s world and one that everyone must know about. As long as you know how to fix the situation, you need to follow general identity safety advice.