What is Synthetic Identity Theft and How to Prevent it?

“What do you mean, fake identity theft?”

That’s the question everyone asks when they see the term ‘synthetic identity theft’ for the first time.

So, let’s clear up the confusion! 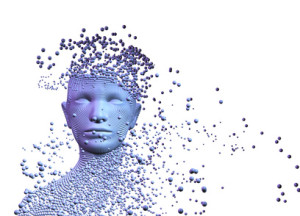 What is The Definition of Synthetic Identity Theft?

While the definition makes sense, you can’t help but wonder …

This is not as simple as taking all your credit card application information and copying it over to a new form, then cashing out the card when it arrives. It’s also not your babysitter or neighbor secretly setting up utilities in your name. Instead, synthetic identity theft is an expert-level fraud done by some of the world’s most threatening identity thieves.

How an identity thief finds their victim …

The ways to go about obtaining personal identifying information are obvious. Some examples include stealing mail, trash, phishing or hacking online accounts, and taking advantage of workplace authority. Regardless, the point is that the thief gets their hands on sensitive pieces of information. They then look for weaknesses within the data, such as by checking their credit report.

In most cases, a fraudster looking to commit synthetic identity theft will target a thin or no file borrower. This is because it’s easy to open new accounts under their name, no real security checks (or protection services) are in place, and even minors can get defrauded. The identity thief will have more time to use the wrongdoing information as the person is not an active credit report checker.

Let’s say your attacker lucks upon your full name and Social Security Number.

From here, that person can:

The fraudster will force the credit report bureaus to acknowledge the inquiry by giving the accurate name and Social Security Number. This forces a credit file to open under the suspected borrower’s name and/or number. The borrowing application will get rejected, but the point was always to get started.

Now that there is a credit report to show, the fraudster can make some new borrowing requests. This means the identity thief could cash out through low-limit credit cards that accommodate new borrowers. While it’s only around $300 to $500 per card, and the victim isn’t liable, the restoration process is a serious pain.

An even bigger headache can come from a long-term scheme from the fraudster. This, especially with children, gives the thief enough time to build a strong borrowing history. From there, the limit increases, and new card applications will approve without much difficulty. This ups the amount of profit the identity thief can pull out of their synthetic identity fraud attack.

This is actually the most used technique for synthetic identity theft attacks.

The act of adding an authorized user to your credit card account is standard. It is done among spouses and parents who want to grant card privileges to their partners and children. Yet, identity thieves find ways to persuade cardholders into adding their fake identities as authorized users. This could be done in many ways, such as offering an authorized user a set amount of cash for a certain number of days. The victim could be in on the scam, but the thief often has a wordy way to trick innocent cardholders.

The criminal’s goal is to get the account with their fictitious identity marked into the fake person’s credit report. After this happens, it no longer matters whether the fake identity is still listed as an authorized user. This is because the borrowing history created by the card will remain on the new credit file. Next, the fraudster applies for a bunch of new cards and cashes them out. This is often done by buying high-dollar items or gift cards, and an accomplice might come into play to mitigate some of the risks.

The smartest identity thieves up their profits further by paying off the debts with fraudulent checks. This allows the cards to get used up a second time, doubling the crime’s criminal pockets. It’s unfortunate, but “credit repair experts” try to help people build their credit without realizing scammers take advantage of them.

This is the most advanced method of synthetic identity theft that exists. The criminal needs access to a company that can report to the credit bureaus to pull it off. Organized identity crime groups have the ability to pull strings and partner up with small business owners to make this possible. Also, some owners and employees learn how it’s done and take advantage of their reporting privileges on their own.

So, the company will set up a credit account in the fictitious identity and then send positive reports to the credit bureaus. The person running the scheme has the choice to use the business credit accounts as a way to open the credit file or to build up one that’s already open. The latter works best as it allows the company to get away with a higher credit limit overall. It also gives the fraudster the power to increase the account’s limit faster than normal.

Now, the thief can run this scheme with one of two end games. First, they can defraud the company supporting the scam and await compensation from insurance payouts. Second, they can use the strong credit history they created to get many credit lines elsewhere to max out. The only problem is that they cannot run this fraud under many names or amounts much greater than the business’s product values.

Regardless, the scam often ends within the same year it starts, and there’s a good chance the two end games will cross paths. This is because, in the case of a real business supporting the crime, the suspect will have to show criminal activity on the business’s account. Failing to do so would raise a lot of suspicions and point the police right to the culprit.

There is no better way to understand how synthetic identity theft works than to dissect a real case of it.

Intense headline? That makes it the perfect example to analyze!

A group of 18 individuals canvassing the U.S. and many other nations worked together to defraud over $200 million. They did this by using synthetic identity theft techniques that we already discussed here.

This goes to show how powerful synthetic identity theft can be in the wrong hands. Even if each involved party did their equal share, that would equate to over 388 identities developed per person. It’s clear as day that these identity thieves have easy ways to enter into the crime, meaning they can rinse and repeat until they get caught.

Now, here’s where it gets scary!

The FBI explained, from court documents, how the group was able to profit off the scam.

Do these three steps sound familiar?

That is exactly how synthetic identity theft is described. It’s also what we explained earlier in this post. As such, you can bet that every single identity thief is always looking for pays to pull off this crime. When it makes sense on a large scale, with $200 million to gain, all levels of fraudsters will try it out. After all, stealing a fake identity is much easier than a real one, especially when it comes to stealing mail, digging through trash, and so on.

As of 2014, the total financial losses per year from synthetic identity fraud were over $1 billion. (CBC)

Many are unaware of the potential damages that can come from this type of identity crime. It’s one of the most deliberating types of identity theft attacks to fix. That’s because the victim often spends many years without fraudulent activities on their report before it’s noticed.

Remember, taking the cautious road will lower your chances of becoming a target for synthetic identity theft!

Changes Expected on Social Security in 2020

Identity Theft and Scam Trends in 2019